The Science Behind Solar Panels 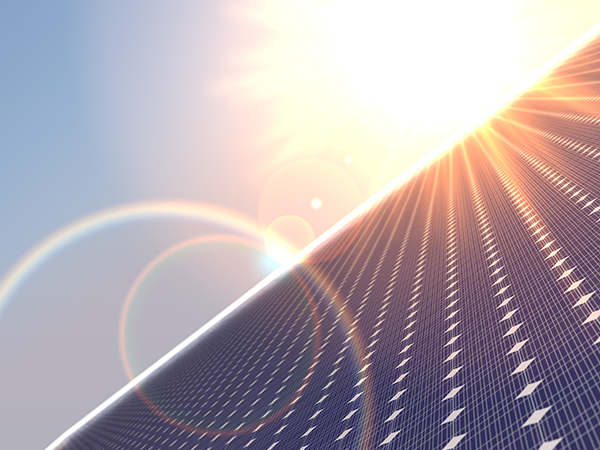 The Science Behind Solar Panels

As we are very well aware,  solar energy has gained momentum around the world. Even developing countries like India are on the verge to shift focus from mainstream energy production via fossil fuels to renewable ones. And, solar energy is among the toppers in the renewable area.

Homeowners are starting to look at solar as a viable alternative energy solution. The plummeting cost of solar energy and technological innovations make it more feasible and efficient. Have you ever thought about how it actually works?

Well, if we want to reap the full benefit of solar, we must know its ABC, if not the whole A-Z.

The simple-looking window-like panel is apparently the most vital organ of the whole solar system and has a major role to play in producing electricity.

Solar panels produce electricity using photovoltaic cells. Just like a full stacked burger, the photovoltaic cells are sandwiched between semiconducting materials like silicon, glass or polymer resin each of which differs with respect to their electronic properties to create an electric field.

The semiconducting materials energize when photons of sunlight hit the panels. This photoelectric effect originally creates a current that generates the electricity required to power our house.

Is this photovoltaic process that simple?

Well, no. The simple-looking process actually includes real complex details. To make it a little easier, here we are explaining the process in a step-by-step fashion:

Just as your various versions of tea preference, solar panels are, too, not going to disappoint you with their monotony. Some common types of solar panels for home solutions are:

You might have come across the common blue or black rectangular grids of smaller squares in your neighbourhood. These are crystalline silicon or c-Si solar panels and are common enough to let people picture them on the very first thought of a solar system for homes.

Since these are of smaller sizes, they are grouped into 60-cell and 72-cell panels and are mostly used in the off-grid market. These series of cells are connected together by aluminium or copper with silver made busbar ribbons to create higher voltages. This, of course, increases the power and efficiency of the solar panel.

Originally, there are two types of crystalline silicon designs available:

Due to these impurities in the crystal, polycrystalline modules are less efficient and also cheaper than monocrystalline.

Towards the traditional timeline, thin-film panels are used in large utility-scale installations. A thin semiconductor is deposited on glass, plastic or metal foil substrates. By its name, these panels can be very thin and sometimes flexible also.

Due to its lightweight and flexibility, this has led to its use on curved roofs, automobiles and other unique installations.

However, they have a lower conversion efficiency than silicon.

Is That It With Solar Panels?

All the solar panels consist of solar cells made from a type of polymer. There is glass to cover the front side and these cells require the back sheets that adhere to the backside of modules as a protective layer to provide electrical insulation.

Aluminium frames are used to add strength to the panel and protect the edge of the glass. Basically, this aluminium frame helps in racking and mounting systems that attach to the panel in order to secure it to the roof or ground.

Technology is ever-changing. With the evolving nature of science (precisely with the invention of new bifacial designs), back sheets might no longer be required when solar cells are exposed on both the front and back sides of the panel.

And who can say, in coming times, solar technology can lead to the invention of miniature panels that could be used along with a much more compact, easier to use product!

Top 7 Myths About Solar For A Common Man