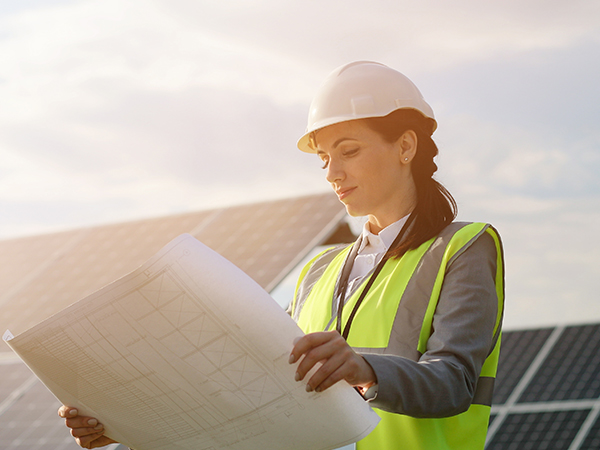 Solar energy is gradually becoming the representative delegate of renewable energy with its promising potential in taking over the energy sector. India currently has manufacturing capacity around 16 GW of annual solar modules and it aims to reach the peak of its solar potential with the ambitious target of 100GW of solar generation capacity by 2022. This goal has led to a fertile ground for high foreign investments in the solar energy sector in India giving a boost to solar panel manufacturers in India.

In fact, the changing scenario in the energy sector has been amped up by various conducive government policies too in the wake of “Make in India” and “Aatmanirbhar Bharat” initiatives. Various incentive schemes, aggressive bidding trajectory, implementation of Solar Parks, Solar Rooftop Scheme, Solar Defence Scheme shows the intent of the Indian government to fulfil its target of achieving 100 GW of solar generation.

What should you know about the solar manufacturing industry in India?

With their high efficiency, monocrystalline solar panels have become quite mainstream. The next new talk of the town will be the heterojunction cell technology. With the capability to capture more wavelengths, this technology promises a new high in the solar market.

Falling costs have been the major reason for the boost in the Indian solar sector. Apart from the panels, the storage costs are also expected to go down in the coming years, making rooftop solar more affordable. The government of India has been giving a solar- favouring budget for 3 years now and solar panel manufacturing will become more feasible with 2022 almost at every doorstep. The government is offering financial incentives in the form of subsidies and duty cuts for indigenized lithium cell manufacturing, including a reduction of 50% in minimum alternate tax (MAT) and exemption from import and export duties.

Defying the economic trend of increasing inflation with increasing demand, solar technology is marked by falling prices and improving efficiencies throughout the world. A decline in prices by 8%-10% annually in just a decade is a milestone and a sign of clear intention to go green.

India follows the global solar trend of harnessing its solar potential. During 2015-16, prices for solar PV were around INR 6/kWh, with a total equipment cost of INR 6 crores/ MW. However, one year later, prices were seen in the range of INR 4.5-5.5 /kWh and today it is at 2-2.6/kWh, giving us the new low in the downward trajectory.

This low seems to be a good one.

The last decade witnessed economies to scale and grid parity is being achieved in many places around the globe. Countries are achieving solar efficiency as high as 25% too. As compared to the developed nations that are high on solar right now, India isn’t far behind despite being a developing nation.

There are many solar technology companies that have a large presence in the power backup, home electrical and residential solar space. Many of them provide both mono and multi-crystalline solar panels in the below 100W to above 300 W range. These panels come with a 25-year limited warranty on 80% power output and also a limited warranty on materials or workmanship.

There are a plethora of options for solar panel manufacturers in India. The confusion is put to an end with a one-stop solution that you will find with Orenj Solar. We believe in an end-to-end solar solution that starts with a free consultation and lasts long for up to 25 years lifespan of your rooftop solar system.

Or visit us at https://orenjsolar.com/

Solar panels for your home