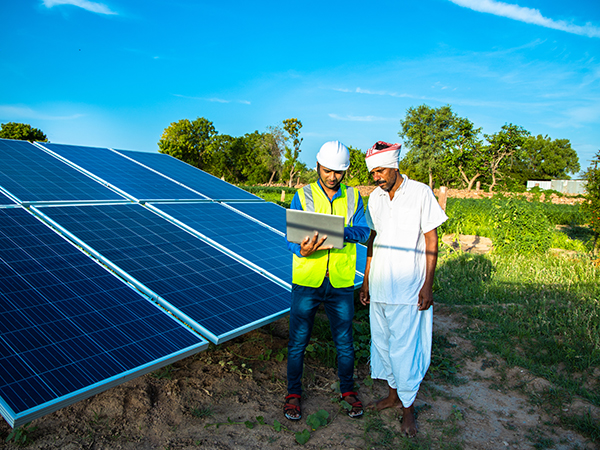 Today, India is the second most populated country in the world and has more than 62% of the population in the working-age group.  While this gives us the ability to produce skilled manpower, rising numbers in population come with their own set of repercussions on the environment.  No, we are not being pessimists who want to provide a gloom and doom scenario of all the possible types of consequences, disadvantages and repercussions. You already are aware of them. In fact, quite the opposite,  our huge energy demands should encourage us to start focusing on clean renewable energy sources, and what is better than the sun?

The country has made huge strides to ensure full access to electricity and is pursuing a very ambitious deployment of renewable energy, notably solar. However, while electricity production has expanded over the years, the major concern is that the power produced in the country is mostly from coal, that is, 53%. It is predicted that the country’s coal reserves won’t last beyond 2040-50, which is really not that far. Is It?

Perhaps it’s high time that we should concentrate on both energy efficiency and sufficiency from clean renewable energy sources.

The Calling Of Solar Energy in India

To meet the surging demand, solar energy is one of the best solutions to meet the needs of the Indian population and also focuses to bridge the energy demand-supply gap.

The geographical location of the country gives it the tremendous scope of generating solar energy. India being a tropical country receives solar radiation almost throughout the year, amounting to 3,000 hours of sunshine, which equals to more than 5,000 trillion kWh.

Since the majority of the population lives in rural areas, there is much scope for solar energy being promoted in these areas with both on-grid and off-grid solar solutions.

Some of the advantages of solar energy which makes it all the more suitable for India are as follows:

Thus, given the huge potential that solar energy offers and the minimal maintenance it requires, what are you waiting for?

In the solar energy sector, many large projects have been proposed in India.

India is gradually gaining prominence in the generation of solar power with not only internal but external solar agreements like the International Solar Alliance itself. Both the Centre and the states are quite bullish to go solar with its National Solar Mission in place.

All Is Well When It Ends Well:

Considering all the aforementioned facts, we have a bright picture in front of us as India’s potential to be a leading solar power-driven country in the world. Orenj Solar stands along with the goal to go smart, solar and green by plugging into the sun.

Top 7 Myths About Solar For A Common Man